Nice To Meet You - Again!

So it's here.
My beautiful design by Kaelah is up. We have a new URL and a new name and a new attitude.
Winter is coming. It's all good here.

My hiatus was completely unplanned, but necessary.
I've had over a year to reflect about my little space here on the internet, which has been my baby for six years now. I'm definitely ready to return.

Funnily enough, since being away I've actually gained quite a few new followers. Hello!
So just so we're reacquainted, I thought I'd just do a short re-introduction. 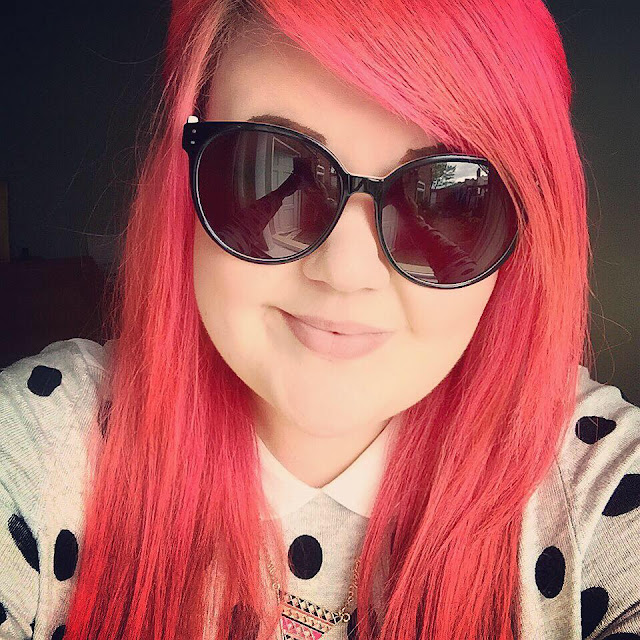 So my name is Carla, I'm 26 years old and live in a small town where a short lived sitcom was set just outside Newcastle, UK.
For those non-UK dwellers, it's waaaaay up in the North East not far from the Scottish borders.
Yes, I have a hilarious accent - ask Lauren.

Blogging has not and never has been my full-time job. Since graduating with a Media degree in 2010 I ended up working a few terrible jobs before going backpacking and ended up living in Sydney for the best part of a year.
I came home and now work in the travel industry with a group of crazy but lovely office mates. We eat a lot of cake. 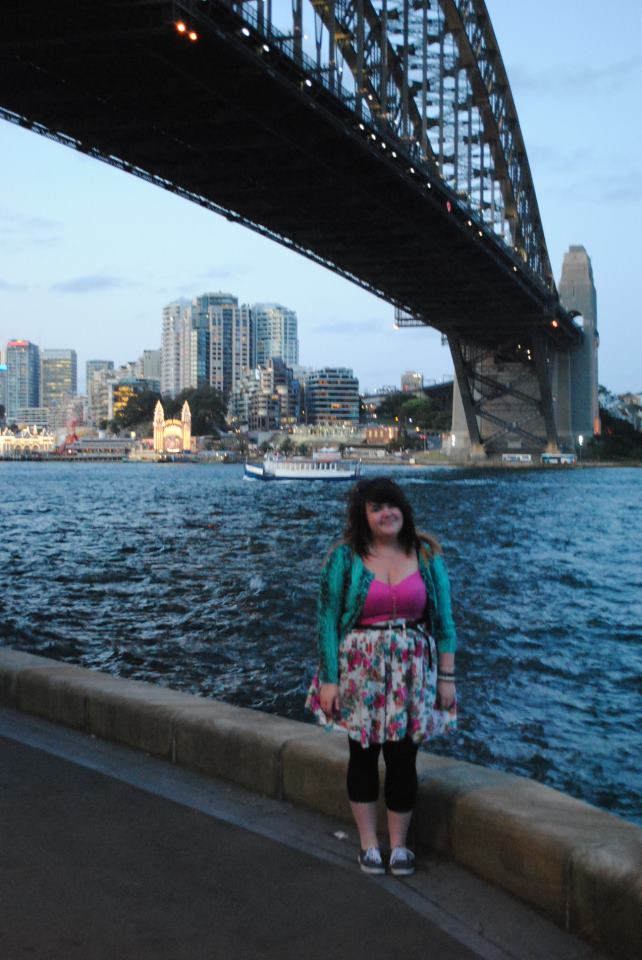 Sydney.
Or "Shitney" if you are Hayley.

It's actually not that bad - I'm very close with both my parents. My mam ("Italian Catholic Mother") is hilarious and neurotic and Italian and everyone loves her.

My dad ("Papi B") is very quiet except when he's being a radgie (angry) and drinks a lot of real ales. He's like a bald Hagrid from Jarrow. Oh, and he also reads this blog. And quotes from it. Frightening. 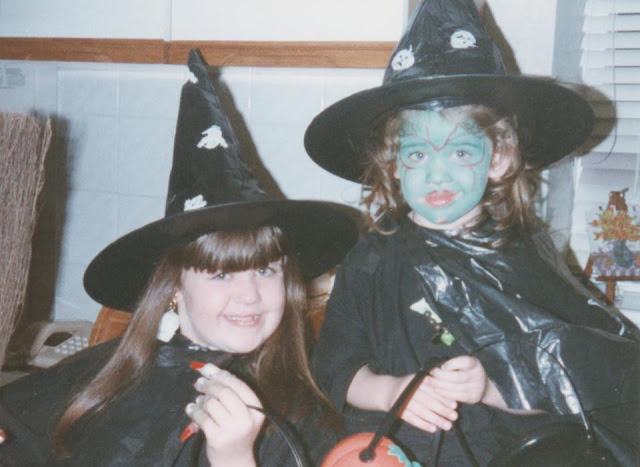 I also have a sister called Nadia (often referred to as 'Nooboo' and 'Little Boo' in these parts) who is equal parts my best friend and mortal enemy. I'm convinced she was sent to destroy me.

She's been "professionally procrastinating" in Glasgow for three years for uni, studying for a MA in English which confuses me as she can hardly string a tangible sentence together. The spelling needs work too.
She is finallyyyy going to start blogging too - so you should definitely go and follow her because she's proper babely and also you'll need to correct her grammar from time to time: http://nenbennie.blogspot.co.uk.


One of my biggest passions is aforementioned travel.
After living in Australia, I really got the bug for it and try to get away several times a year.

This means blowing off nights out with friends, meals out with family and I don't shop half as much anymore - but it's so worth it in my opinion. 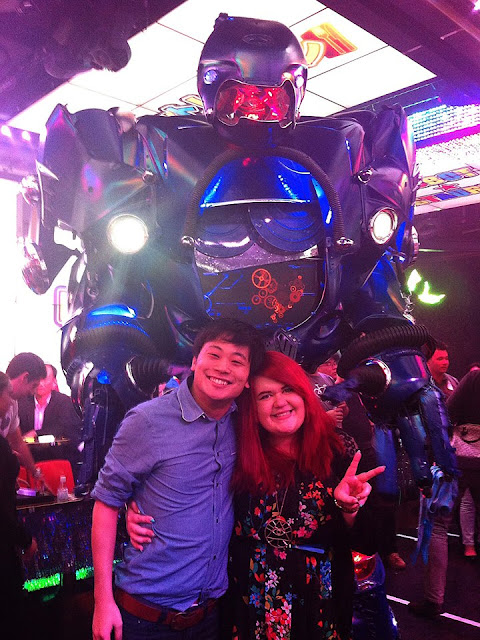 With my buddy Hiro-chama at the Robot Restaurant in Tokyo.

I've been lucky enough to see some wonderful places over the last few years, but my absolute favourite is Japan.
I've been obsessed with Japanese culture (*weeaboo alert*) since I was a teenager, and when I finally got to go last year it didn't disappoint. I'm going to do some separate blog posts about my 2014 trip as I travelled quite a bit around the country, and I was lucky enough to return to Tokyo this Autumn for another two-week visit. 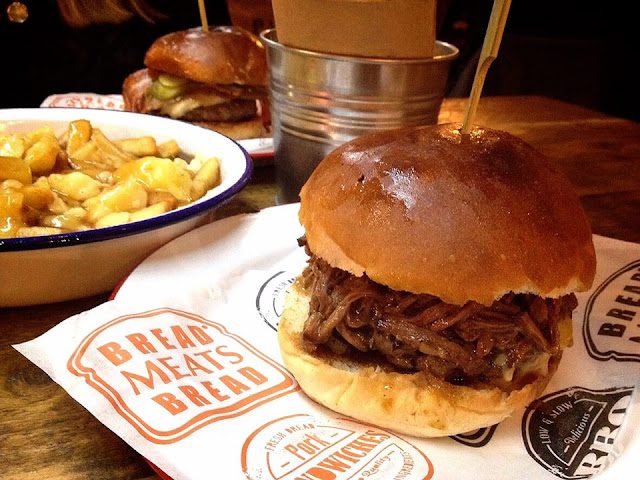 Bread Meats Bread in Glasgow.
I spend more time thinking about this burger than I do about old boyfriends.


As the size of my arse will attest, I also love food.
Going to places and eating all the food is one of the greatest things in life. Nadia is my soul sister (as well as biological one) in this and whenever we're together, food is usually involved so expect lots of posts on our foodventures coming soon.

I am also blessed with the best gal-pals a girl could ask for.

Claire ("Bradders") lives ten minutes away and we've been best friends since the first day of our A-Levels at Newcastle College.
We meet up on a weekly/fortnightly basis to drink too much wine, eat copious amounts of pizza, and binge-watch 00s TV like Dirty Sanchez and The Simple Life. Or classic Disney films on a constant loop. 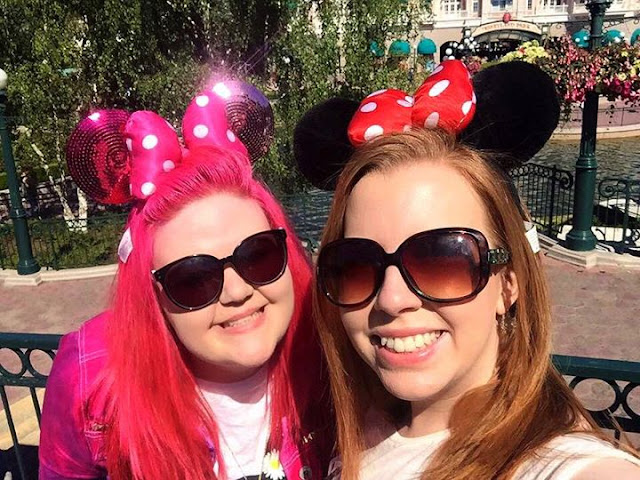 Sam ("Francey") lives in London and works as a bigwig in telly.
After initially becoming friends on MySpace (LOL) we met in the cafeteria first semester at uni and discovered we share a mutual love for cocktails and bad Malcolm McDowell movies.
Although we don't see each other as often as we would like, but we are still ridiculously close. 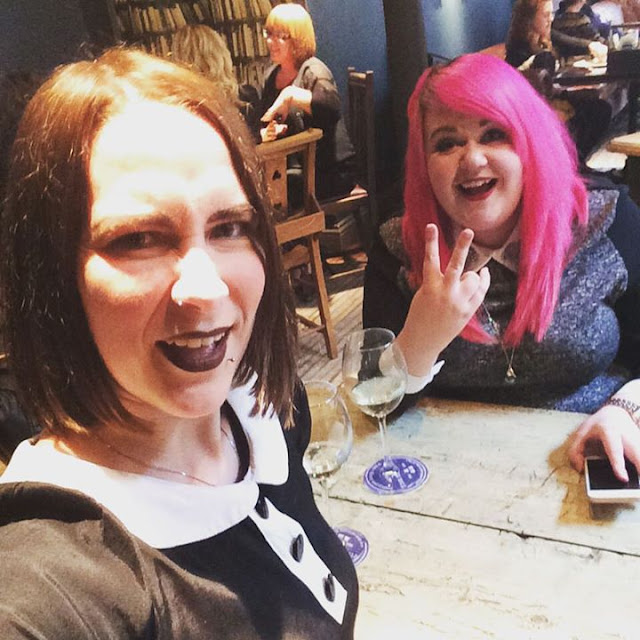 Our friendship in a nutshell.


And that's pretty much what you can expect in the near future.

It's great to see you all again.
Did you do something to your hair? It suits you.