Wow it's been a little while since my last post.

Working in travel, it's getting closer to summer and being part of the in-resort/amendment team it's getting to our busy period!
So I've mostly been working and sleeping. 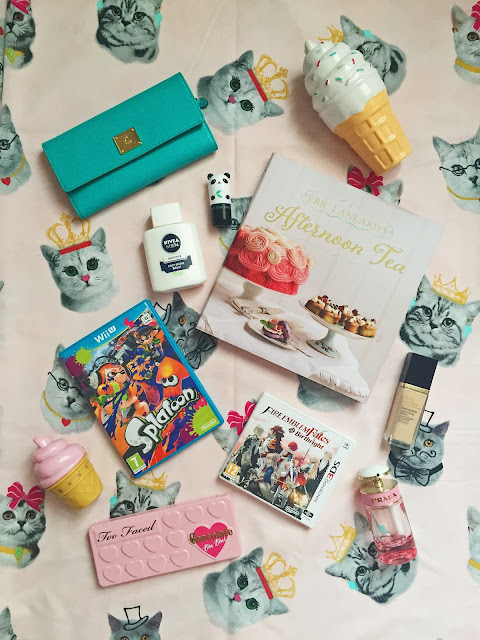 That said, after a pretty gloomy and drawn-out April (I had a bit of a MH blip and my sinusitis also flared up) May has been brilliant.

I had my birthday (I turned 27 - wahh) but I got to escape for a week and celebrate in Barcelona with my bestie, Claire.
We both fell in love with the city and I promise there'll be a proper post soon! 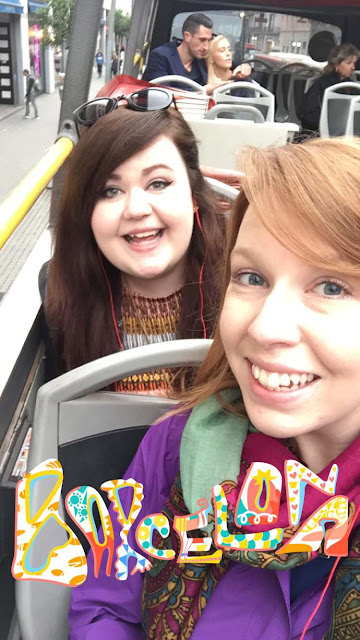 But on to my May favourites - I used to be quite regular with these back in the day, and I'm determined to get back into the swing of them! 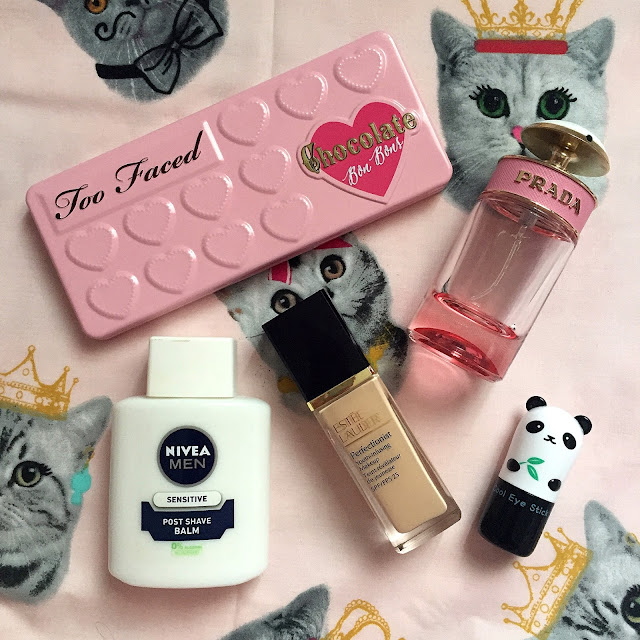 THINGS I PUT ON MY FACE:

Estee Lauder Perfectionist Foundation: £38.00
May was the month I splashed out on a big girl's foundation. After a tenure of being a Revlon girl since I was about 14, I got colour matched at Estee Lauder and now wear their Perfectionist foundation in their second lightest shade (Ivory Nude).
It lightweight, but buildable and I find it lasts me a full day at work before I have to touch up my nose and T-zone.


Tony Moly Panda's Dream So Cool Eye Stick: £10.00
Barcelona has a Sephora, and I did well retraining myself - especially upon discovering they have a huge Tony Moly range.
I pretty much wanted everything with it's adorable packaging, but I treated myself (and my sister) to the Panda's Dream So Cool Eye Stick, which is essentially cools 'puffy' eyes and tightens eyebags.
As someone who suffers frequently with sinuistus it's going to be amazing when I have a flare-up, but I've also been using it daily as it feels so good on my skin!
It's currently sold out on Sephora online but is currently in stock on places like CultBeauty.


Nivea Men Sensitive Post Shave Balm: £5.00
Believe the hype for this cheap beauty essential - it's currently becoming everyone's favourite budget primer. Having seen this on Nikki Tutorials' videos, I thought I'd try it for the sake of £5.00 and it's actually amazing at creating a base for foundation. It's replaced by pricer Smashbox primer as my go-to in my makeup bag.


Prada Candy Florale: £42.00-75.00
I finally finished my bottle of Prada Candy Florale I bought in duty free at Amsterdam Schipol last year. If I'm heading somewhere major like Japan, I like to have a specific scent I wear during my visit - so now everytime I spritz my Prada Candy Florale I'm back in my tiny-but-cute AirBNB apartment in Meguro. I'm definitely treating myself to a new bottle with my leftover birthday money.


Too Faced Chocolate Bon Bons palette: £39.00
I've already written a full review on this palette but I've found myself reaching for it again this month. Nothing wrong with revisting old favourites! 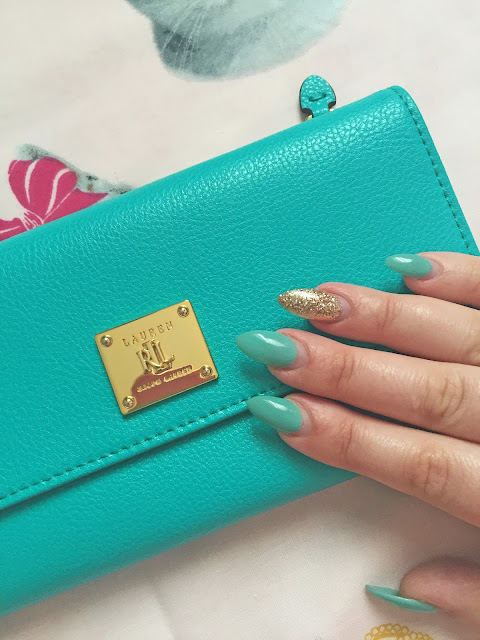 My birthday present from Italian Catholic Mother and Papi B was this beautiful mint green Ralph Lauren purse.

It's so gorgeous it even inspired the colour scheme for my birthday nails!
(Which yes, definitely need infills.) 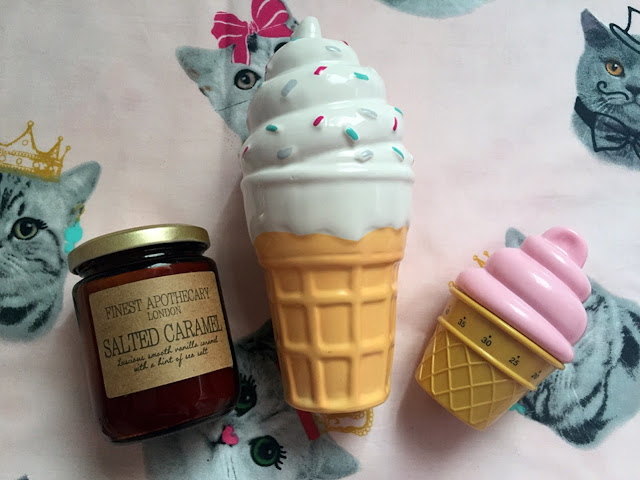 Tiger is always my go-to for homewears and tchotchkes, as it's so cute and inexpensive - such as this wee ice cream timer which was only about £2.00.

But the surprise this year was New Look's reinvention of their homewear - everything is ON POINT lately.

My family bought me this delicious salted caramel candle and ice cream money box for my birthday. But honestly, I could buy everything - elderflower and prosecco candles?! Hello! 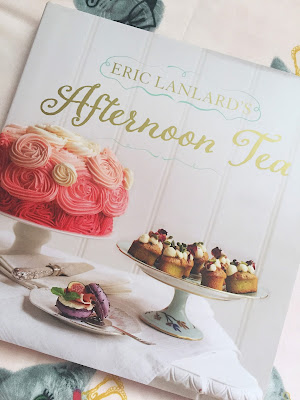 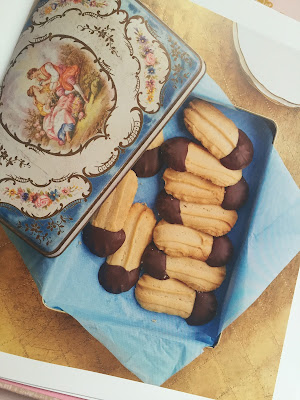 I was lucky enough to receive an advance copy of Eric Lanlard's Afternoon Tea. Everything is so beautiful and elegant it's almost intimidating - but I reckon I could whip up these Viennese biscuits for my office gals.

I also loved the story about Eric and his mother getting the ferry in his childhood from France to England specifically to have Afternoon Tea.

I've always loved being a granny and going for a tea and a scone at a fussy teashop, so I'm really pleased it's enjoying a comeback. 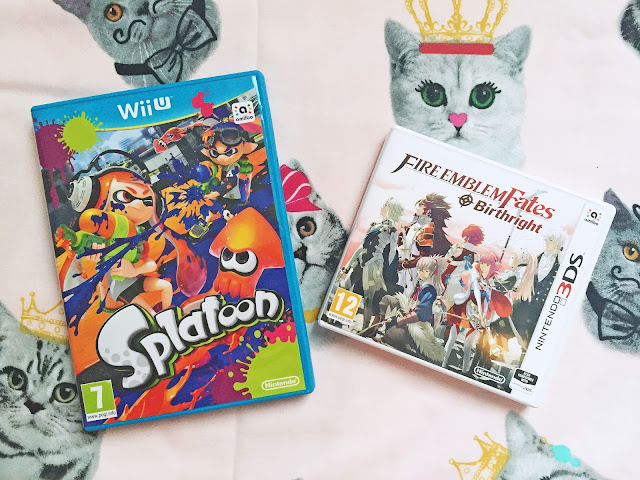 Games-wise I've been playing a lot of Splatoon lately. Nintendo's answer to a shooter game, except you are a squid-human hybrid known as an Inkling, and you play online battles where whoever covers the most turf in ink wins.

It's been out a little while now, but I've only recently bought it and got into it - although other players' poor internet means I find it cuts out a lot mid-turf war which can be a bit annoying.

That being said, I'm currently planning my next cosplay to be an Inkling - "stay freeeeeeesh!" 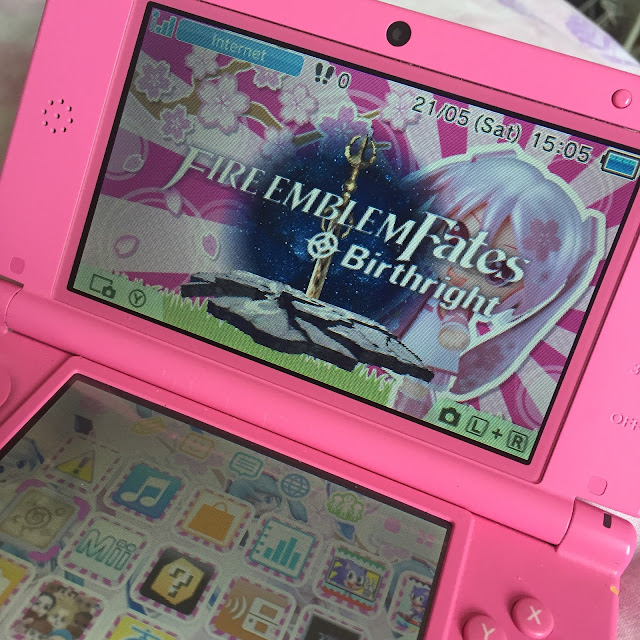 The big game release of the month YEAR has to be Fire Emblem Fates. Being two versions of the game, after much humming and harring I decided to side with the peaceful land of Hoshido and buy Birthright.

In this version of the game, you are an Eastern royal, kidnapped as a child and finally reunited with their true family and are defending your blood kin against the people who brought you up in hopes of bringing peace to the land once more.
(In Conquest, you remain with your adopted family and fight a revolutionary war against your blood relatives for power.)

I'm about half way through with approximately 16 hours game time already - as with all Fire Emblem games you get a lot of play for your buck.
I'm enjoying the story more than in Awakening (which was wishy-washy at best) but annoyingly I do find the Conquest characters more interesting when I meet them in battle.

Looks like I'll just have to buy Conquest too then...


TV-wise, I have gone from a person who watches no anime so someone who watches TWO animes.
I have of course been obsessed with Ace Attorney, as it is my favourite video game series of all time. 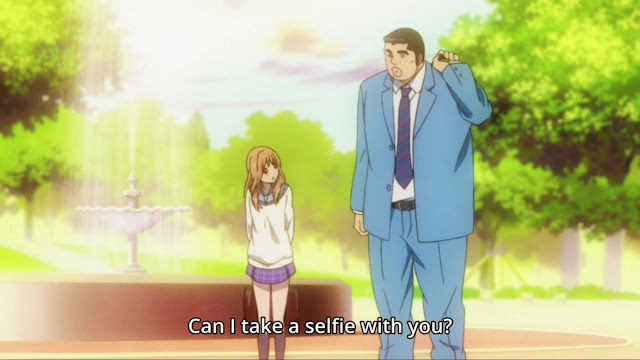 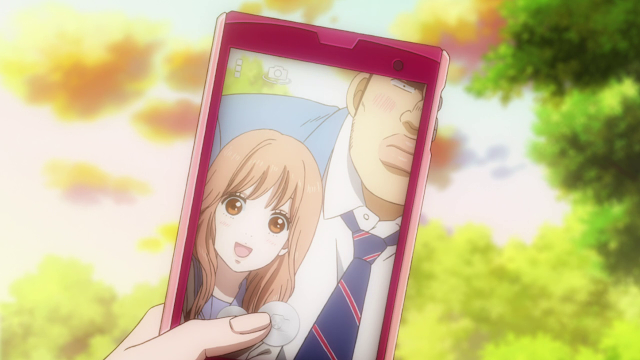 But in a video by Caz of Nerdburger, she mentioned this adorable anime called Ore Monogatari!!

Ore Monogatari!! throws out the rule book - the lead character is in face a huge, muscly, awkward boy called Takeo Gouda who doesn't have much luck with girls, who in turn all lust after his friend Suna (a shoujo architype: handsome and distant).

When he saves the Yamato from a groper on the subway, she unexpectedly falls in love with Takeo and the relationship is so sweet, funny and charming I find myself binge-watching five episodes at a time.

Oh and the opening song is currently being played on repeat on my morning commute:

And that's all for now - stay tuned for my post all about my birthday in Barcelona.
Have a happy June, everyone! 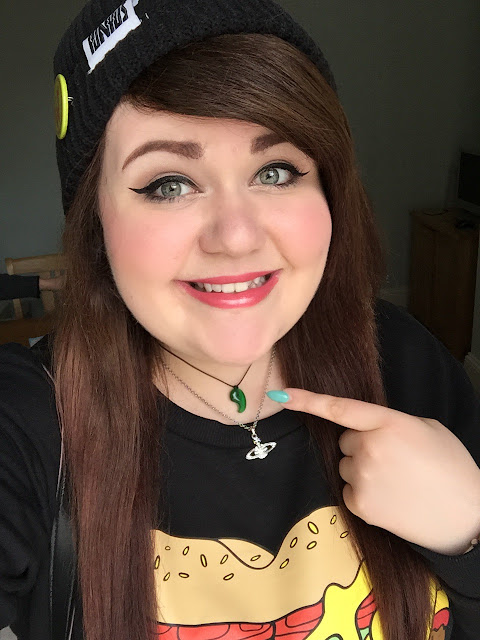 Oh yeah, I found the magatama pendant I bought on Miyajima Island last year - now I can be Maya Fey every day!

Mine unfortunately does not give me the power to see and smash though lies.
That's my story, anyway.